As the holidays approach, we want to cast some festive sparkle to you, our friends and supporters and let you know what we’ve been up to. Like a snappy Queen’s speech, with a lot more singing and dancing, we’re giving you the lowdown on what 2012 meant for sustainability in the creative industries and what’s coming up for 2013. 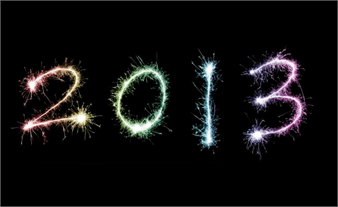 A LOOK BACK, AND THE YEAR AHEAD

In 2012 we saw big cuts to culture and passionate industry opposition. In 2013 we will see more. But whilst continuing to argue the Case for Culture, we’re spotting glimmers of brilliance as the creative industries do more with less andtriumph in the face of adversity.

In 2012 culture connected with sustainability, uniting to leadcities and sectors. Alison travelled to Australia and suggested to IFACCA that ‘Creativity is the only truly renewable energy source we have, so lets use it.’ In 2013 cultural leadership on sustainability will expand internationally, as WWF says, it’s ‘disrupt or be disrupted‘.

In 2012 Arts Council England made environmental reporting a requirement, a world first. 2013 will see the first year of reporting for our Arts Council partnership making sustainability a fresh priority for over 300 new arts organisations. This data will bring insights like never before, enabling arts in the UK to future proof.

In 2012 the world awoke to the environmental impacts of digital. Data got desirable and we became better and better at communicating complexity. We also learnt that we ‘ignore what we don’t understand’ so in 2013, we will build onexisting work and look at exactly what the impacts of digitalmeans for the creative industries.

In 2012 we understood the link between weather and climate for the first time. Sandy deposited the impacts of climate change conspicuously on the doorstep of America and in Britain weather cancelled some events whilst others thrived.In 2013, the festival sector will continue to mitigate, innovating on temporary power solutions and weather risk strategies. In London this summer, Hyde Park will feature a main stage constructed of oak trees and with sustainability at its roots.

In 2012 we’ve been dazzled by the communication, creativityand innovation of the arts industries on sustainability. Film has transported us to the Bayou to see the human impact of melting ice caps and theatres got close to closed-loop production. The 2013 Oscar nomination list includes abreathtaking documentary about glacier destruction. And that’s just the tip of the iceberg.

In 2012 Julie’s Bicycle has grown. We’ve taken on new employees, new skills, new partnerships, and new campaigns. In short, we’ve thrived, thanks largely to you. In 2013 we look forward to increasing our impact and continuing to make sustainability intrinsic to the business, art, and ethics of the creative industries.