It’s just over a month until GEI10 officially kicks off, and we have details of another fascinating and topical session that’s going to be of great interest to anyone involved in events, the environment, politics, the world…

Dysfunctional societies, war-torn nations, and divided peoples are obscuring our ability to focus on what really needs to be done to protect the environment and retain a planet on which all living things can continue to thrive.

We would stand a much greater chance of changing our globally destructive behaviours, if we encouraged collective understanding and acceptance, and also nurtured social cohesion.

Moderated by Holger Jan Schmidt, head of GO Group – the sustainability division of Yourope (the European Festival Association) and booker for Das Fest, Germany, this session will also welcome some of Europe’s most inspiring contemporary festival organisers, who will discuss what social engagement means to them, and how this has played out in various wonderful ways at their events and with additional projects they are involved in.

Festivals and concerts encourage celebration through entertainment. But beyond entertainment, can we help create more engaged and environmentally aware citizens, and more inclusive communities, thereby improving the world for everyone and everything on the planet?

This session will discuss how events and festivals can make a social impact and what they can contribute to promote civil engagement. We will hear how promoting positive change at contemporary events can become as normal a part of event production and delivery as creating spaces and stages for artists.

Michal Kaščák, director of Pohoda Festival in Slovakia will share the story of Doma Dobre Festival, which provides housing for the homeless, and will discuss the teamwork involved in helping homeless people through Pohoda, as well as working with multiple NGOs and championing initiatives such as those against neo-nazis.

Mikkel Sander of Roskilde Festival will tell delegates about the festivals equality work he is involved with (which have so far included 2016 political equality, 2017 cultural equality, and 2018 economic equality), and will demonstrate how to partner with NGOs; NGO activities from art and installations to media projects and events; and how to engage festival participants.

Oli Wilson, director of 10,000 HOURS Foundation UK will be talking about some of the foundation’s new projects for 2018. Nederlands-based 10,000 HOURS launched in the UK in 2017, and last year’s projects included the launch of a homeless kitchen, the renovation of a community centre, and a mini festival for the elderly.  This year, the foundation will be establishing eco projects in rural locations, and also setting up networks in large UK cities like London and Manchester in order to make volunteering more accessible to more people. 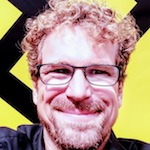 Holger is the co-initiator and a steering committee member of the pan-european, think-tank GO Group (Green Operations Europe), and is also the go-to man for green issues at Yourope (European Festival Association).

He is also a board member of Sounds for Nature Foundation in Germany, which focuses on sustainability related and environmental issues at events.

Sounds for Nature released the very first and most-important guidelines for greening events back in 2004, which were fully updated in June 2013.

Holger has highlighted sustainability in the live music industry agenda by promoting Europe’s leading conference for sustainability within the event industry, GreenEvents Europe, between 2010 to 2014.

Holger is also one of the initiators of the international Take A Stand initiative and campaign for the live music sector, which was launched in 2017 to create a movement encouraging social cohesion in our society as well as promoting awareness and tolerance.

He spent more than twenty years working for Germany’s biggest admission-free festival, Rheinkultur, which attracted a daily audience of 160,000 and was one of the country’s leading festivals between 1998 and its last edition in 2011.

Together with his colleagues, Holger implemented Rheinkultur’s Green Rocks programme which covered all the event’s sustainability and environmental issues. Rheinkultur was considered one of the greenest events in Europe.

Today, Holger is still a strong proponent of festivals and sustainability, as well as the booker for Das Fest, one of Germany’s major festivals that attracts 80,000 visitors per day.

Holger holds a diploma in media economics from Rheinische Fachhochschule Cologne and is a lecturer in sustainable festival and event management at the University of Applied Science in both Cologne and Dusseldorf.

He is also an active musician. 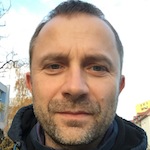 Michal is a promoter, musician, composer and lyricist. At the age of thirteen, he was leader of the band Bez ladu a skladu, playing gigs mostly in the underground clubs of communist Czechoslovakia. The New York Times included the band in its list of artists who contributed to the fall of the Iron Curtain.

In 1997, Michal started Pohoda Festival, an arts festival where alternative, indie, electronic, punk and world music meet classical music, literature, dance, visual arts, film, NGOs and theatre. The festival creates a unique space in which different cultures and world-views can harmoniously combine; it is a celebration of freedom and tolerance.

The team behind Pohoda also organises concerts and smaller festivals, such as Doma Dobre Festival for the homeless.

Pohoda is an active member of Yourope and is involved with initiatives such as Take A Stand, and the YES Group (Yourope Event Safety Group), and recently won The Green Operation Award during the European Festival Awards. 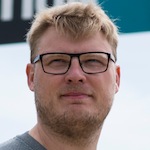 Mikkel is the sustainability manager at Roskilde Festival in Denmark, and is trying to prove that 135,000 drunk youngsters can party for eight days without destroying the world.

He is always looking for new methods, new partnerships and new ways to involve festival participants and volunteers to help reduce the festival’s environmental impact whilst maximising positive social impact.

Roskilde has been a non-profit event since 1972 and has so far donated more than €40million to charity. So a feeling of responsibility towards the health of the environment is very much a part of Roskilde’s DNA and has a huge impact on how the festival is organised. 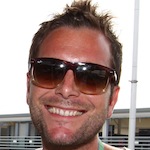 Oli is the director of 10,000 HOURS Foundation UK, which promotes voluntary work at festivals and events all over the world.

He was an independent club promoter for over 15 years in both London and his native Manchester, specialising in electronic and live music events, before working as a concert promoter for AEG Live at the O2 Arena, and Goldenvoice and Coachella Festival in Los Angeles.

You can catch Holger, Michal, Mikkel, and Oli at GEI10!